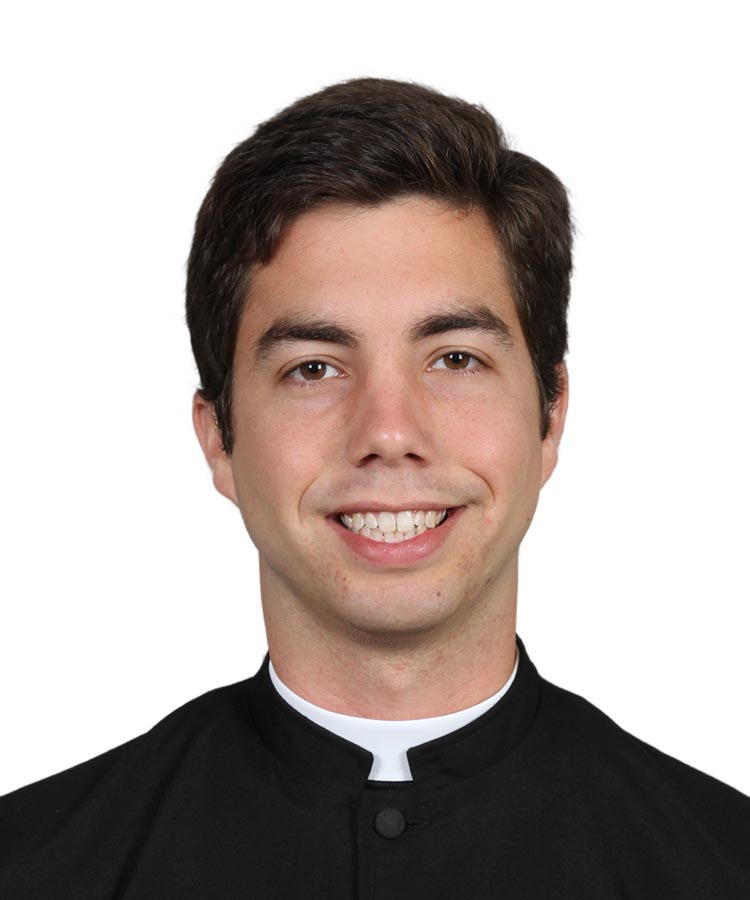 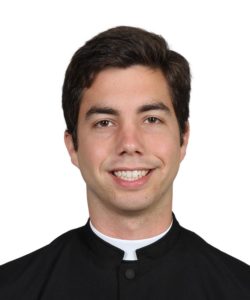 I’m Georgian but was born and raised Atlantan (in the cultural context of the term) though my family’s background is everything but Atlantan. I grew up in Alpharetta, went to school at Pinecrest Academy in south Forsyth, and have been a St. Benedict parishioner since the Monsignor Maren era. So, I grew up in the suburban frontier where there were many baseball parks and tennis courts but also a healthy amount of hay fields and cows milling about. I lived in a friendly neighborhood where community events centered around UGA football games and swim meets. Most of my time though was spent in south Forsyth were I had a great group of friends and was very involved with sports and extracurriculars.

My family background is quite mixed: my Dad’s side is from Washington D.C and Leipzig, Germany; my Mom’s side is from Mexico City. That gave me exposure to many different ways of life and ways of enjoying it. My paternal grandma passed away when I was a toddler so when my grandpa remarried to a woman from Macon I was then brought up alongside the southern ways of hospitality – especially southern cooking.

If it can be called a hobby I think my favorite is cooking for family and friends and enjoying it with local beer. And of course I enjoy reading, books that are sincere but also witty have a special place for me so Chesterton and C.S. Lewis or a big ole book I’ll recommend called the “Mind and the Market”. I also like wholehearted stories like The Silmarillion and The Jungle Book.

I used to be a strictly regular sports player mostly with basketball and tennis but have slowly found a deep love for wilderness backpacking and most outdoor adventure as long as it stays humble and also sane. If I get to have a cigar at the end of a hike I’m a happy camper.

As far as interests, well I am an avid supporter of most things having to do with nurturing the good of a local community mostly via quality food/gardening/farming, urban design, local music, architecture, carpentry, and daily Mass. I suppose that makes my interests pretty vast but its true. Also tied up in that is the entrepreneur, I have a huge interest in the ethos and success of the everyday entrepreneur.

Recently I have been spending time thinking and praying about the thirst Jesus has. When he encountered the lady at the well in John 4 he was making a big statement by asking her to give him water. It was not usual for a man to ask a woman anything if in private and it was especially unusual for a Jew to ask a Samaritan for help because they did not get along ethnically. Apart from the strong revelation Jesus is making that gentiles (as Samaritans were) were now part of God’s chosen people, Jesus is telling her that God is seeking her love as one who is in need of water. We can’t live without water, we would do whatever necessary to get it. So too is God’s desire for our love. The Trinity created us out of love to love us or as a teacher of mine has put it, “God did not need us to create us, but needs us to love us”. Jesus is always seeking out our love for him, seeking it to quench His thirst. Once we accept His love and return it with ours then we receive His grace and eternal life. That is a surrounding way to know one’s identity. And of course, we see Jesus’ final example when He is on the cross and says again, “I thirst”.

I am not sure but, surprisingly to me, I’ll tell you Therese of Lisieux. She understood the main point Jesus had from the beginning – it is all about love. That is the answer to every question and that should be used to inform every action we make. What I really like about her is though she actually had a longing to be a missionary in foreign lands like Frances Xavier or a fighter for the faith like Joan of Arc she lovedt in the simplest of ways at a convent where she almost never left the grounds and saw the same sisters every day. She had enormous heart and zeal but was pure enough to realize that the point of missions or of fighting is in the end to be able to love at the height of what is possible for a soul. I find in her a real life of living the extraordinary in the ordinary and this I find in Jesus, too.

I was blessed with a very rich soil in the faith growing up from my parents, parish, school, and Catholic friends. I had razor sharp examples of what it is to be a man giving his life for his family or giving his life for the Church. I had to experience what life could be like for those who haven’t received one drop of what I was given to overflow into commitment and the focus brought by beauty to grasp God’s will.

It is a gift, I am not even month old here at seminary but am almost perplexed by the sanctity of life here. Well, it makes sense though – when Adam beheld Eve he couldn’t really believe it either. When a guy finally goes on a date with a girl he was felt drawn to for a while he can’t really believe it. While obviously different to that it is also actually very similar.

People will say it has its difficulties (as does dating, of course) but it’s in those difficulties we get to embrace it more. St. Therese of Lisieux stands out as an example there as well – she actually really disliked a sister at the convent who was a “farm girl” but was such a friend to her anyway that the farm girl thought they were best friends. This isn’t to say Theresa was faking it, I think it is more to say sometimes we have predetermined guidelines that simply have to be matured. In all seriousness it can be like one’s ability to enjoy IPA beer – the first time you try it may be a shock but in time you come to love it! Anyway, the men here are excellent; we have priests and teachers that are “all in” and brothers who are looking out for each other.

Probably the greatest aspect of seminary apart from the formation and liturgy is that everyone here really is rowing in the same direction. In general, everyone is supporting everyone – the competitive structure of secular college or business as a zero-sum-game just doesn’t work here. The success of my brother seminarian means that down the road he will be preaching at Mass and his parishioners will have an “aha” moment that will turn around their life, he will get a 2am phone call about someone in the emergency room and will know how to approach it, a married couple may be at the end and he can guide them back to Christ because he is full of His love. The measurement at seminary is saving souls and that has a transformational affect.

Cultivating community in love in such a way that the term neighbor is sacred and bears the weight of the term family.

Start thinking in terms of Heaven. I got caught of thinking in terms of my next career move or the next thing expected at my age. Sure, those things are good and right but what has God CREATED you for? Take a look at what your heart is attracted to, what talents has God given you. Are you attracted to women? Wow, good for you because that is actually a requirement for being a priest! Do you feel confused now? Don’t worry; here are some keys that helped me.