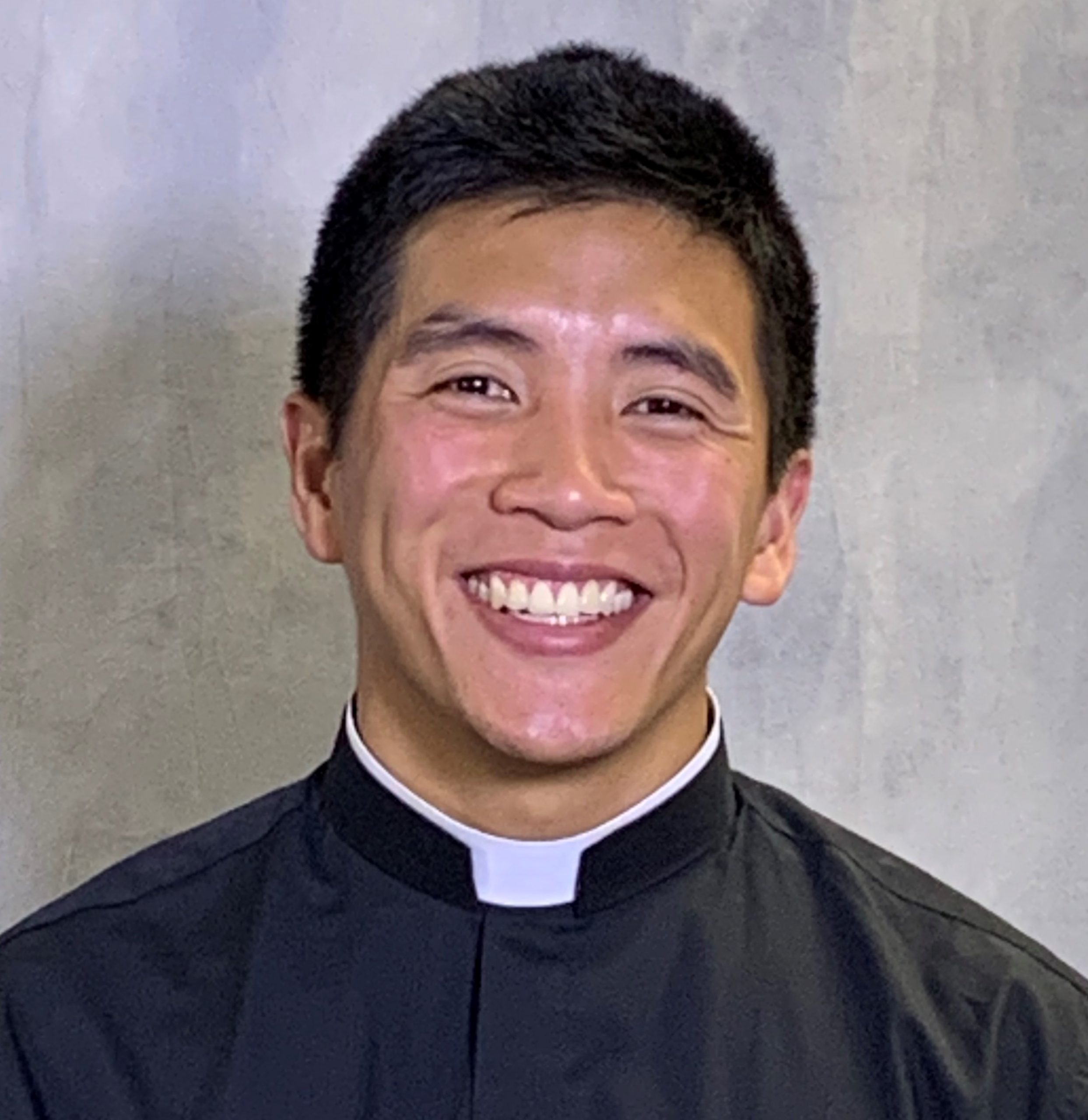 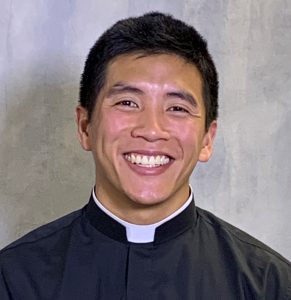 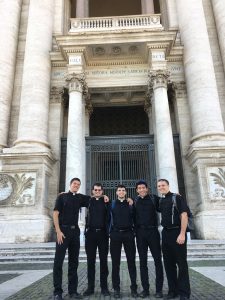 I grew up on the south side of Atlanta, Jonesboro and Fayetteville, with my mom, brother, and grandparents. I went to St. John the Evangelist, Marist, and Georgia Tech for school. My family is Vietnamese, and growing up, we went to St. Philip Benizi.

See what love the Father has bestowed on us that we may be called the children of God. Yet so we are. Beloved, we are God’s children now; what we shall be has not yet been revealed. We do know that when it is revealed we shall be like him, for we shall see him as he is. – 1 John 3: 1a,2

Pope St. John Paul II might be my favorite saint. He’s canonized some of my other favorite saints, including St. Faustina, Mother Teresa, St. Matthew Gam Van Le, Josemaria Escriva, and declared Pier Giorgio Frassati and Chiara Luce Badano blesseds. He’s spoken many inspiring words and speeches; he’s taught me much in his writings and encyclicals; I love the letters he wrote to priests each year on Holy Thursday. And he’s pretty swaggy too, always hanging out with the young folks.

In college, after making the faith my own, the idea and question of priesthood started popping up as I was dating and starting my professional career. The question of “Am I called to be a priest?” was a question that I could not answer, yes or no, to for several years. In March 2015, I was in Eucharistic Adoration on a silent retreat, and I heard the Lord ask me, “Why not?”. I told the Lord why not, listing all the things that I was attached to, the things I loved more than the Lord. And then, I resolved that, if I’m ever going to find an answer to this question, I’d have to take a step. Six years later in seminary, having grown in prayer and listening to the Lord, the Lord keeps inviting me to this great vocation.

My seminary is the North American College in Rome, Italy. I go to a university where the classes are taught in Italian. At seminary, outside of class time, I spend time in community and personal prayer, studies, playing sports, and enjoying the community of brother seminarians. Being in Europe, I’ve been able to travel and make pilgrimages around Europe as well as to Africa and Asia.

I look forward to bringing people to God and God to people in the priestly ministries of administering the sacraments (especially the Eucharist and Reconciliation), teaching about Jesus Christ, the Christian life, vocation, and prayer, ministering to people one-on-one and in small groups, and leading a parish community.

I would advise guys to deepen your life of prayer; learn to have a relationship, to listen, and to be faithful to the Lord. I would also encourage guys to have good, holy friends or a spiritual director to talk about what’s going on in life and discernment. It’s easy to get into a head game, and we often need others to help us get outside of ourselves.