Why Do We Say And With Your Spirit? 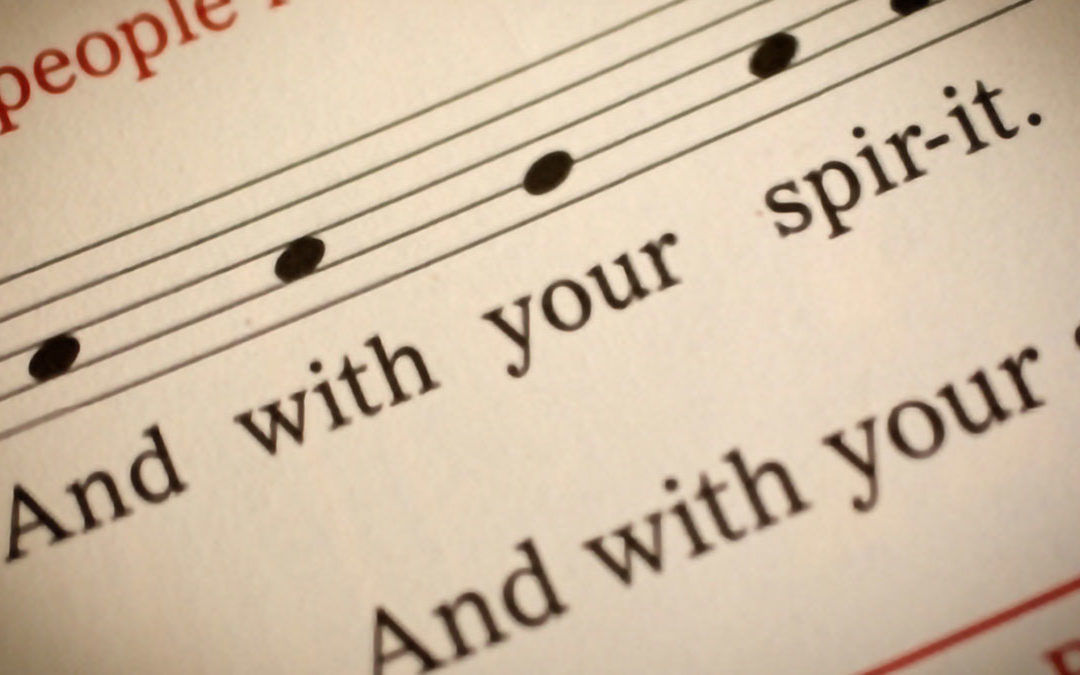 What can the words of the Mass teach us about the priesthood?

“The liturgy itself tells us who the priest is,” explains Msgr. Moroney. “The prayers of the Roman Rite are unequivocal in the way they reveal the essence of the priesthood.”

This is readily apparent in the case of the exchange between the priest and the congregation, if we understand what it means. “The Lord be with you,” says the priest, and the people respond, “And with your spirit.” This is an ancient formula dating back to the third century. (In fact, its roots are even older, based on when God shared Moses’ spirit with the 70 Hebrew elders, c.f. Numbers 11.) In the context of the Mass, the “spirit” referred to is the priestly character of the ordained minister. Each time this exchange occurs in the Mass—and it happens five times—it is a “statement of right relationship” between the minister and the people, explains Fr. Msgr. Maroney.

“The venerable prayers articulate a vision of priesthood characterized by sacrifice, obedience, and most of all, conformity to the person of Christ,” observes Msgr. Maroney.

One further point worth mentioning is a sentence in the General Instruction of the Roman Missal (the “instructions” for the Mass). Speaking of the priest, it reads: “By his bearing, and by the way he says the divine words, he must convey to the faithful the living presence of Christ.” These instructions point out what we all know from experience to be true—that we are more easily drawn into the Sacred Mysteries by a sincere and holy priest.

Is Jesus, the Great High Priest, calling you to stand in His Person and offer the Holy Sacrifice of the Mass?